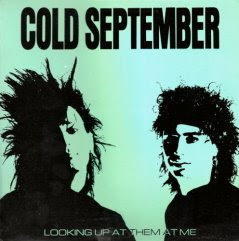 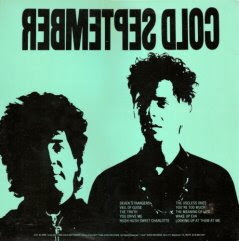 Thanks for the introduction to a great record/band. I've actually had to track down many of the vinyl you've posted on your blog and it looks like this is no exception!

Xcellent for the great post here in your blog, really is a wonder, with all rare music.

Wow! Thanks for the download and the cover to. Iplayed
drums in this band The guitar player Nick Lamagna and I are both in RF7. In CS we played L.A. for years with bands like Janes Addiction and Faster Pussycat. Alot of cool L.A. clubs back in the 80's the china club the scream club would never be in the same place twice, so many people comin out to see bands. alot of fun!

Hello Walter, thanks for leaving a comment here and making no objections that I posted this album.
Still into RF7. Like that band.

Corking little LP this one, a real surprise that I would never have bothered with. Thanks once again for bringing these forgotten gems to a wider audience.

Wow..I played guitar in this band as well..Good to see walter wrote something. I actually have about 5 copies of our album still in shrink wrap ! ..Check out my current band at www.myspace.com/thebrilliantsun

I know that there are copies of this album available on ebay from the producer as he sent me a few copies. I actually have 2 white vinyl copies I got as I was the guitar player in the band and I wrote hush hush sweet charlotte.check out my new band Brilliant Sun on www.myspace.com/thebrilliantsun

Hello Steven, thanks for the comment.I'll check out the band you're playing in now.

Any chance of a reupload? Very intrigued to hear this!