Here's another repost from the gone PunchDrunk blog.
This concert lasted 2 days in March 1982. Here's a selection of bands that played there. Most of them from Denmark, but from Sweden and Germany as well.
Sorry for keeping it short but today my head feels like it's gonna explode.

Nosferatu Festival
Posted by Curious Guy at 11:56 AM 11 comments: 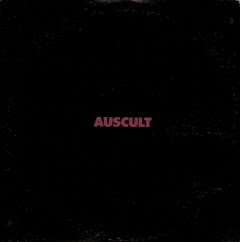 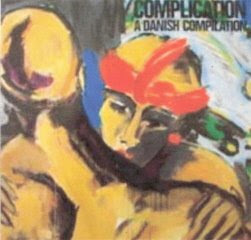 Here's an interesting compilation from Denmark. A nice overview of what was happening in Denmark around 1984. Most bands in the punk & new wave vein.
This album was released on Bondeskiver, the label of Freshly Riots.
I don't know alot of the bands except for HC punk band War Of Destruction who did a 7" and 12" on Spån Records, same label as The Zero Point.
The Sods turned into Sorte Sol.
Electric Deads released 3 ultra-rare 7"s. Great punk with female vocals.
Track 7 not mentioned on the Substans site but I took the title from Discogs.

Note: this is not my rip but a repost from the now gone PunchDrunk blog. For those who didn't get it there, here's a second chance.


Complication
Posted by Curious Guy at 8:54 AM 18 comments: 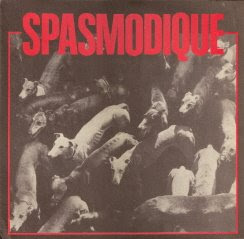 First vinyl release of Rotterdam band Spasmodique, released on Belgian label Soundwork (La Muerte, Tuxedomoon, Esquisses,...). Started in 1981 after some members played in bands The Torpedos, Slum and Zum Beispiel.
I think the first release was a live tape on French label V.I.S.A.
Spasmodique's next release is the 'From The Cellar Of Roses' LP on Plexus in 1987. Follow-up albums 'Start To Believe' and 'North' were released on Schemer. After a line-up change, 'Haven' was recorded in 1990. The band split but reunited in 1997 to end for the last time in 2003 when singer Mark decided to leave the band. Only one CD 'From Villa Delirium' was recorded in this period.
There's also a book on the history of the band, probably Dutch language only.
Expect some heavy postpunk sounds with hints to the Birthday Party and Crime & The City Solution. 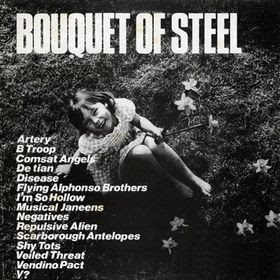 Here's another donation from English Paul.
The 'Bouquet Of Steel' comp. album, released in 1980, covers postpunk bands from the Sheffield area. Sheffield is known for bands like The Human League, Cabaret Voltaire, Hula, Clock DVA, In The Nursery,...
Some of the bands like Disease, Shy Tots, Veiled Threat,... are only featured on this album as far as I know.
Artery delivers a very early track and also appeared on their 'Oceans' mini album although probably re-recorded. Simon Hinkler was still a member. Aardvark released their 'Unbalanced' (STEAL 3) and 'Cars In Motion' (STEAL 5) 7"s.
B Troop released a 7" in 1980 and an album 'Europeans' on Illuminated in 1981.
Comsat Angels deliver a somehow different, early version of 'Ju Ju Money' that also appeared on their 3rd album 'Fiction'. Never got the recognition in the UK but they had a strong following in Holland and Belgium. Their first 3 albums and early singles are classics, especially their 2nd one 'Sleep No More'. These have all been reissued on Renascent. After these they changed their sound and went off into oblivion although they kept on releasing stuff. Never heard these so I won't judge them.
I'm So Hollow deliver a track from their 'Emotion/Sound/Motion' album recently posted on Systems Of Romance.
The Musical Janeens released an album 'Sell Out' on Dutch label Plurex. Never heard it but it seems to contain live improvisations.
The Negatives also have a 7" on Aardvark called 'Electric Waltz' (STEAL 1).
Repulsive Alien delivers the punk song here. Has been re-released on one of the PAX comps. in 1984.
Vendino Pact's 7" has been posted a few weeks ago.
De Tian did a split 7" with Spires.
Y? is the band that precedes Danse Crazy , later changing their name to The Danse Society.

Besides the releases mentioned, the label also released the 'All The Naked Heroes" (STEAL 4) by The Naughtiest Girl Was A Monitor. A later 7" can be found on Systems Of Romance.

Image taken from Rate Your Music.

Bouquet Of Steel
Posted by Curious Guy at 9:47 AM 16 comments:

As someone requested some more Siglo XX, here's the band's mini album from 1983. If you like the previous posts, you'll definitely like this one.
Although I own a vinyl copy of this one, I took the songs from a CDR copy of the Antler Tracks CD. Saved me alot of time 'cos my copy is quite worn and it would take me alot of time to clean it up.
A great collection of Joy Division-influenced tracks. Also the early, minimalist version of 'Dreams Of Pleasure'. 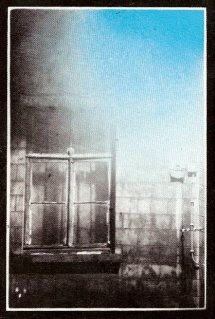 V/A Hicks From The Sticks LP 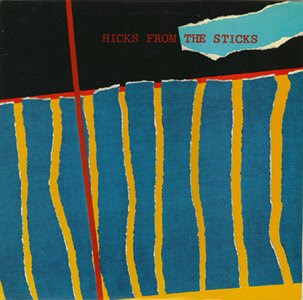 This seminal compilation album kindly donated by English Paul. There are a few pressings of this one. First editions originally on Antilles, also Rockburgh and later repressed on Ariola. In 1985, there's another pressing on Thunderbolt but the title has been changed to 'Future Shock'.
Airkraft: song taken from their only 7" released in 1980.
Expelaires: song taken from their 2nd 7". Has Craig Adams (later The Sisters Of Mercy and The Mission), David Wolfenden (Later Red Lorry Yellow Lorry), Carl Harper (later Girls At Our Best) and Grape (later 3000 Revs and Groovin' With Lucy)
Clock DVA: wellknown band with Adi Newton with records on Industrial and Fetish. Later members in The Anti Group and The Box. Clock DVA albums can be found on a few blogs.
Music for Pleasure: song taken from the first 7". More of them can be found on Mutant Sounds.
Nightmares In Wax: song from the 'Birth Of A Nation 7". More of them on Music..isms. With Peter Burns later of Dead Or Alive.
Ada Wilson & Keep In Dark: Ada Wilson was also in Tattoo Hosts Vision On! which released an album on Ambergris in 1980.
Modern Eon: song taken from the Pieces 7" EP. After a few 7"s they released the 'Fiction Tales'LP on Dindisc. You can find that one on Systems Of Romance.
Medium Medium: song taken from the 1979 7". Had a culthit with 'Hungry, So Angry'. John Rees Lewis & Nigel Kingston Stone later in C Cat Trance.
Radio 5: track taken from their only 7" on Rockburgh.
They Must Be Russians: One of the longer running bands here. Formed in 1979 and split up in 1986 with releases on Fresh, First Floor and Native.
Section 25: no introduction necessary. Legendary Factory band.
Art Failure: no further info I could find.
I'm So Hollow: great postpunk from Sheffield. One 7" and one album. Can be found on Annie's Animal.
Wah! Heat: early Wah! incarnation. Formed in 1979 by Pete Wylie, one of the Crucial Three members. Early Wah! is way underrated. Check the 1st album on L'Invitation Au Suicide.
Stranger Than Fiction: synthwave band with one 7" on Ambergris.
The Distributors: B-side of the 'Wireless' 7". One of the 1st bands on Red Rhino.

Hicks From The Sticks
Posted by Curious Guy at 10:12 AM 16 comments: 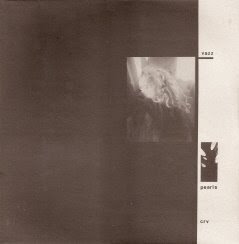 As promised, here are the early 7"s of Shark Taboo.
didn't know about the existence of the 'Crossfire' 7" until recently. Doesn't come with a sleeve so no cover scan, but has a lyric sheet. The line-up is different from the later records. Gill Dye seems to be the constant member but Suzi Webb (ex-Slits) doesn't play on this one.
The title tracks of the other two 7"s appeared on the 'Seeds Of A Lunatic' album in slightly remixed versions. 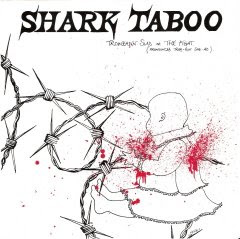 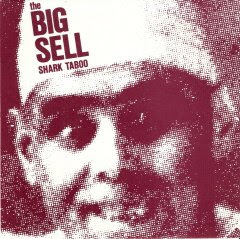