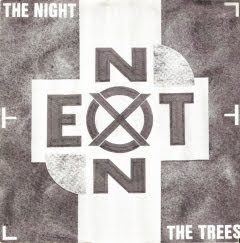 this pc is poor, there's a quack on the download, where can I judge by myself the quality of your record

As far as I know, Non Ext existed (not so long) around 1994. In that year, I put up a show with them in a big squat in Amsterdam. They didn't seem to like it, though, but their manager (!) was a really nice guy.

I think that it don't sound like a 90's band. Perhaps I'm wrong but it remind me the bands of the beginning of the 4AD (Dance Chapter, My Captains, etc).

Always a nice treat when visiting this blog.

Please check out mine if you ever have the time.

Have just posted something for you which I think you will enjoy ...

Mediafire now shows an error message that it no longer supports downloads for Firefox users. Has anyone else had this problem? I've never had a problem with Mediafire until yesterday.

This is weird. I'm a Firefox user myself but have no problem with Mediafire.

Wow. I was just checking around to see what this' Blitz Pop' from belgium you are looking for. It has some great stuff on it,eh? It would be great if someone did have the two lps, and shared them.

I LEAVE YOU A NEW BLOG ADRESS:

BECAUSE THE COLDWAVE BLOG WAS CANCEL,PLEASE VISIT THIS BLOG AND THE NEXT WEEK YOU'LL CAN FIND ALL THE COLLECTION CD'S ABOUT OF: SIGLO XX AND T21 AND MANY MORE BANDS,THNX A LOT!!

please would there be any chance of you refreshing your very generous 2006 link to Cull by Marc Riley and the creepers on mediafire ?

MANY THANKS for the info about these guys. Lyrics and vocals are really something. Passion Power.