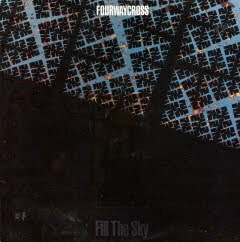 One of the better known LA underground bands from the late 80's. Great mix of postpunk with a psychedelic sound
'Fill The Sky' is the band's 2nd release after an 8 track tape (which was later issued on vinyl on Nate Starkman & Son).
This album is probably the last album of the 1st line-up with Tom Dolan as lead-singer. Later albums have Beth Thompson as lead vocalist.
Tom Dolan released a solo album as Doubting Thomas.
The album is pretty long (± 50 mins.) so it's a pretty big file. Scans of the insert are included.
This album also includes the 1st issue of Alternator magazine (not scanned).

Note: lots of tracks ripped as 1 track as I didn't want to disrupt the flow of the album. 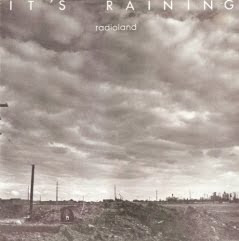 Learned to know this band by downloading this 12" from a blog now gone. And I did like what I heard so I tried to find this record as well as the harder to find 7".

It's Raining were from Huntington Woods, MI. , consists of 4 members. They have a strong UK postpunk sound, except maybe the vocals. No groundbreaking stuff here but a fine listen.
Not much info to be found on the band. Both records released by the band on Certain Records.
The 7" has good songs but sounds muddy probably of bad vinyl pressing. 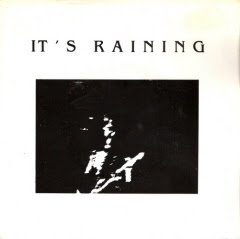