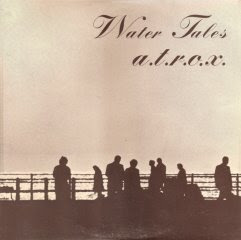 I must admit that my knowledge of Italian postpunk/wave is quite limited. Too bad there's no site dedicated to it like the French New Wave one.
A.T.R.O.X. was one of those bands that always intrigued me but info is very scarce. Once read they were 'Tuxedomoon-like'. Not that A.T.R.O.X. are Tuxedomoon copyists, it's more a matter of musical approach. It's the atmosphere of the songs that make this album a fine listen. Actually you can't compare A.T.R.O.X. with anything else. 'From The Highest Rock' is the hardest track on it especially of the use of some guitar-like sound in overdrive. The B-side has some shorter instrumentals.
'Water Tales' is the band's second album. Both their records aren't easy to find these days although this one shows up for sale more than the first one. It was released on the bigger Italian indie label Contempo. The first one 'The Night's Remains' was released on the small label Trinciato Forte. Couldn't find a copy yet but I would really like to hear it. You could make me happy with a decent rip of it. I also want to hear how the band evolved from their early stuff to this one.
As stated on the back sleeve: this album collects some tales that might suggest you about the future effects of the famous mixture of hydrogenum and oxygene. 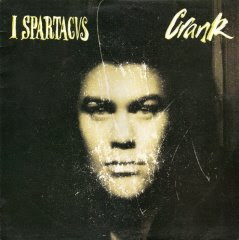 This is probably my first Australian post here.
I Spartacus was recommended to me by a few people and it's indeed a great record. Strongly influenced by the dark UK goth sound.
The 'Crank' 12" was released by the band in 1988. But they already existed as Dog For Jonathon, later I'm Spartacus, already from the early 80's. Their first release as I'm Spartacus is the 'Donna Is Distressed' 7" from 1983.
After the 'Crank' 12" followed the 'The Greats' LP. Never heard this one but they were going for a more mainstream approach I was told, although still an enjoyable listen.
For those interested in the history of band, should check this page here. 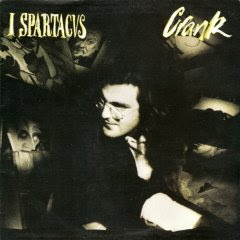 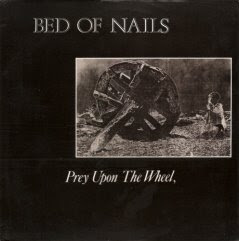 Well let's make Fritz happy with this one.
Bed Of Nails were from Minneapolis and only released this 12". It's late 80's indie/goth rock with an extra role for the violin. Also has female vocals. She's called Data and also plays keyboards and acoustic guitar.
No further info to be found on Bed Of Nails. 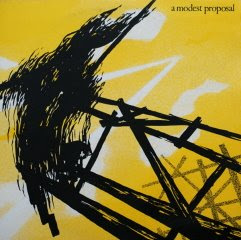 Thanks to Capa Nostra Syndicate for letting me post this record that I wanted to hear for a long time. Never heard it before but I was intrigued because it's on the Rosebud label of Mekanik Kommando after they were dropped from Wereld Record (an EMI sublabel).
It didn't disappoint me listening to this one. Great electronic, sometimes experimental wave with female vocals.
Keyboardplayer Bert Van De Grift later active in many other electronic/techno acts. He passed away in 2005, aged 41.
Only 500 pressed, fetching over 100 euro on eBay. Hopefully it gets reissued one day.

This is a high quality rip (320) including front & back sleeve scans.

A Modest Proposal (Rapidshare)
Posted by Curious Guy at 11:20 AM 7 comments: