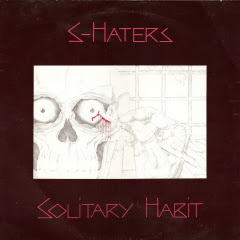 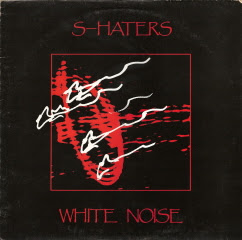 As promised for Roman Empire, here are the two 12"s of the S-Haters. These were released on the Midnight Music label.
Seems that the band released another mini album under the name of The Underlings. Never heard this one.
The 'Come' album will be posted some time soon. 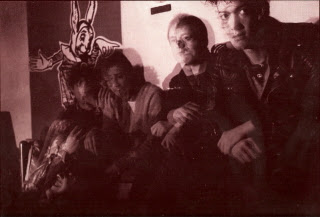 The Membranes - Pulp Beating 1984 And All That! LP 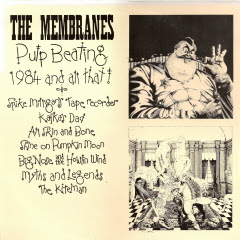 The Membranes were from Blackpool and formed in the early 80's. The band's first releases were on Rondelet Records but were later picked up by the cult label Criminal Damage. The records that they did on Criminal Damage brought the Membranes more attention. They were asked by John Peel to do a session, the only one they ever did.
The 'Pulp Beating' LP is a collection of songs from the 'Spike Milligan's Tape Recorder' 7" and the 'Death To Trad Rock' 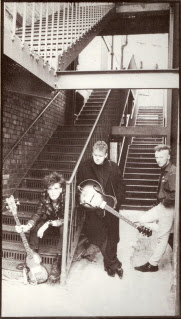 12", both released in 1984. I haven't heard many other records of The Membranes but I think these were the hardest and most abrasive. Just listen to the sound of John Robb's bass!
John Robb was the core member of the band. He also ran the Vinyl Drip label.
Tracks 1 and 3 are from the 'Spike Milligan's Tape Recorder' 7".
Tracks 4 to 7 from the 'Death To Trad Rock' 12".
Track 2 probably from the 'Crack House' MLP.
More Membranes records are on the way. 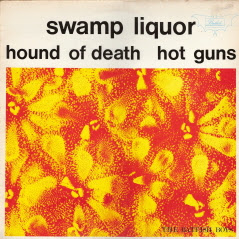 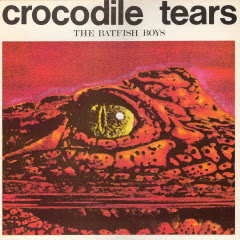 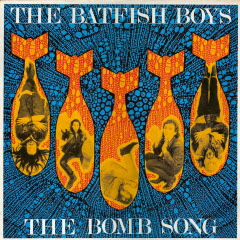 Another request.
The Batfish Boys formed when Simon Denbigh was booted from March Violets. On the 'Swamp Liquor' 12" you can hear a little of the March Violets influence. 2 tracks of this 12" also appear on the 'The Gods Hate Kansas' LP.
The other 12"s show the progression of The Batfish Boys to a more traditional rock sound. For many it is a downward spiral. Decide for yourself.
The Batfish Boys released another LP called 'Head' in 1986 and later shortened their name to Batfish for another album 'Batfish Brew' in 1989.
Track 2 of the 'Crocodile Tears' 12" originally by The Chocolate Watch Band.

The Batfish Boys
Posted by Curious Guy at 1:43 PM 17 comments: 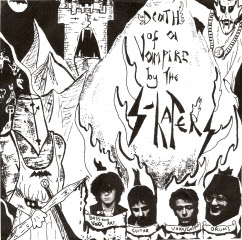 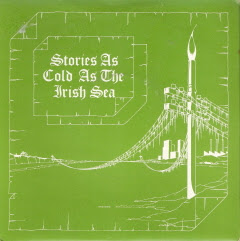 Someone asked for some S-Haters.
Here are the first 2 records the band ever released. They were issued on Outer Himalayan Records, the label of Rudimentary Peni. S-Haters were from Watford and existed already in the late '70's. I think Nick Blinko has been a member in a very early stage.
S-Haters went on to release more records for Midnight Music. Expect these to appear here some time.
Additional info on S-Haters more than welcome.

Note: records are old so expect some vinyl noise. 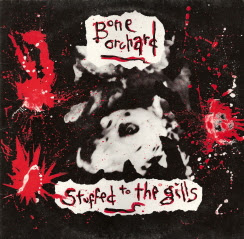 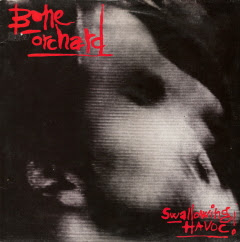 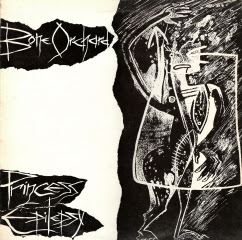 I promised to post some more Bone Orchard a few months ago. Well here they are. These are the three 12"s the band released. If you like the 'Jack' LP, be sure to listen to these too. 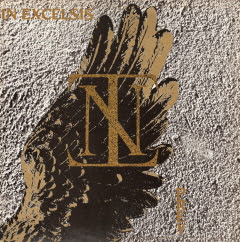 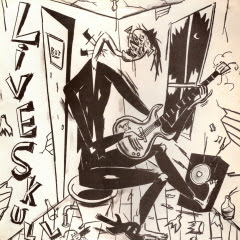 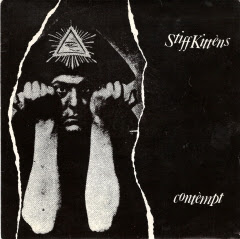 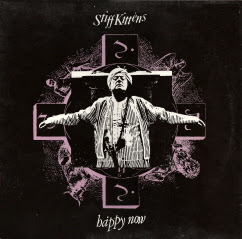 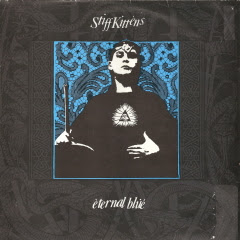 Here's another complementary post to one of Highlander's at Cactus Mouth Informer.
I know absolutely nothing of this mid-80's goth band from the UK. The band released 3 records. First one is the 'Contempt' 7". Second one is the 'Happy Now' 7", also released as a 12" with 'Contempt' as extra track. Third and last one is the 'Eternal Blue' 7"/12".
Seems the band had a strong interest in Aleister Crowley as he shows up on every sleeve.
I also posted a scan of the 'Happy Now' 12" sleeve as it is different than the 7".
By the way, 'Contempt' should be a goth/deathrock party dancefloor filler!
Highlander posted the 'Happy Now' 7". Here, you'll find the other two records.
Recommended! 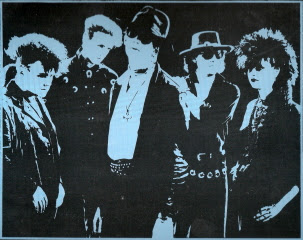 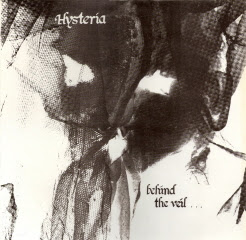 Highlander at Cactus Mouth Informer posted the Hysteria 'Behind The Veil' 12" yesterday and asked for the 2 comp. tracks I have. Well, here they are. Hysteria sounds a bit more punky on these and were probably recorded before the 12".
The tracks appear on the 'Life Is A Joke' comp. LP released in 1984 on Weird System, a German punk and hardcore label. The other bands on this comp. are in the punk/hardcore style: Fang(US), Civil Dissident(Australia), Razzia(Germany), Savage Circle(Italy), Inocentes(Brazil), Shit S.A.(Spain),
Riot Squad S.A. (South-Africa) and Terveet Kädet(Finland).
Don't forget to download the Hysteria 12". You can also find great stuff by Belfegore and the Stiff Kittens there.

Get both tracks HERE.
Posted by Curious Guy at 8:10 AM 7 comments:

I recently obtained the Red Beat CD 'The Missing Album'. It collects all the recorded output of this postpunk band from the early 80's. In fact, the 'Dream Dub' song is omitted.
Red Beat did 3 releases. First one is the 'Machines In Motion' 12" on Killing Joke's Malicious Damage label. Second one is the 'See/Survival' 7" and 3rd one the 'Dream' 12", both on their own Manic Machine label.
The CD also contains the four tracks of the Peel session they did and an unreleased track called 'Shadowboxing'. If you like their records, you'll definitely need those tracks. It also has a small booklet with all the lyrics and a Red Beat history.
Now you won't find this CD on Amazon, Gemm, Musicstack or your local recordshop. It's exclusively distributed by Paul Jones himself through the Manic Machine site. Don't hesitate to contact him for further details. He's a nice person to communicate with and will reply quite fast. 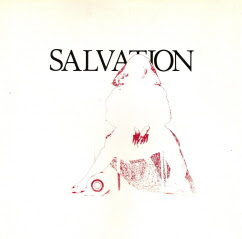 Salvation
Posted by Curious Guy at 12:11 AM 5 comments:

Executive Slacks - You Can't Hum When You're Dead LP 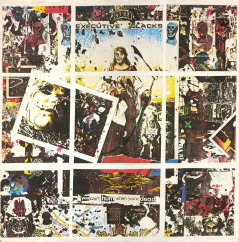 Here's a request by Acts Of Worship.
The 'You Can't Hum When You're Dead' LP is actually a compilation of 2 12"s and a comp.track. The First 4 tracks appeared on their first release in 1983, a self-titled 12". Tracks 6 to 9 appeared on the 'Our Lady' 12" in 1984. This one was co-produced by Youth (Killing Joke). He also played bass on 'I'm Coming'. 'Sexual Witchcraft' was recorded in 1982 and appeared on the 'I'd Rather Be In Philadelphia' comp.LP from 1983. Other, more well known bands on this comp. are Bunnydrums, The Stickmen and Pretty Poison.
Trouserpress on the Executive Slacks:
Philadelphia's Executive Slacks started out playing a searing combination of electronics, guitar/vocals and percussion. On the trio's first EP, Matt Marello sings with hysterical urgency and unnerving calm while spewing white-hot guitar noise out over steady, pulsing Residents- like backing complete with found tape noises. The impact is gratingly industrial but also emotional — it isn't the sheer assault that makes you uneasy, it's the whole demented concoction. 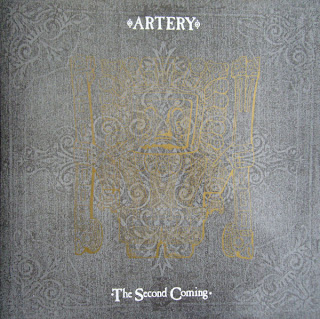 Here's a request by Lo-Fi Jr of the Grown Up All Wrong blog and John Liedown of the Punks On Postcards blog.
'The Second Coming' is Artery's 3rd album and a radical departure of the previous 'One Afternoon In A Hot Air Balloon' LP. Here the band sounds heavier and darker as before. One song, 'Diamonds In The Mine' sounds out of place on this album. It's a cover of a song by Leonard Cohen.
For a biography of Artery, check Simon Hinkler's site here. Simon Hinkler doesn't appear on this album. He was also a member of Pulp and The Mission. Guitarplayer Murray Fenton went on to play for the Batfish Boys.
I had to take a cover scan from discogs as my scanner refused to do a proper scan of the quite complex artwork of the sleeve. The sleeve normally looks darker. 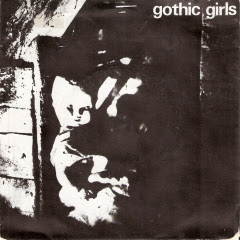 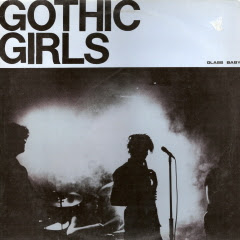 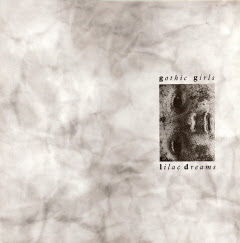