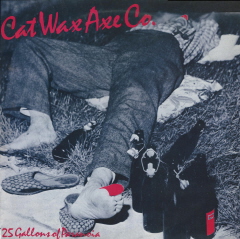 Final post for 2012. This blog will be updated on a very irregular base 'cos I lost some interest in doing this. It's over 5 years that this blog is running and I lost the initial enthusiasm already for some time.
Back to Cat Wax Axe Co.(also written as Catwax Axe Co.). They were a lot from Derby. Not much info on them I could find.
In the beginning they played some kind of punk with rockabilly influences which you can hear on their first release, the 'Waxwalk' 7" on punk label Rondelet (Anti-Pasti, Special Duties, The Fits, ...).
The '25 Gallons Of Paranoia' 12" is very different. It seems that the band listened a lot to The Birthday Party. Quite cool tunes on this one although the vocals aren't as manic as Nick Cave's one.
This 12" is the second release on Fever Records. (Track titles on side B are switched) 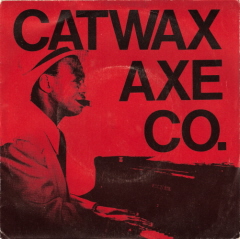