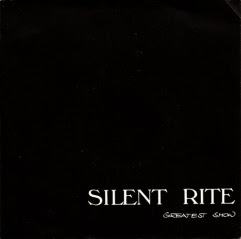 Link removed. Check i-Tunes or Amazon.
Posted by Curious Guy at 10:33 AM 6 comments: 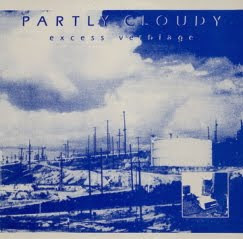 A nice follow-up to the latest post. Kindly donated by Rainy Day Sponge.
This rare and great album was also posted on Lost-In-Tyme but for those who missed it, here is your chance to get it.
Not many info on this band. RDS compares them to Algebra Suicide or XeX but with a far richer sound as they use other instruments besides synths.
A second album was intended to be released in 1990 but never happened. 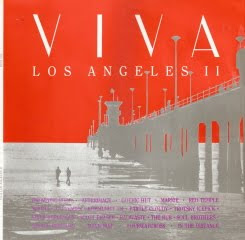 As requested here's the seminal 2nd volume of the Viva Los Angeles series. Released in Italy on Viva Records in 1990, this album represents what was going on in the late 80's in LA.
There's enough info on bands like Drowning Pool, 17 Pygmies, Kommunity FK, Savage Republic or Fourwaycross so let's write a bit more on the lesser known acts.
Afterimage was a postpunk band that released a 12" and 7" on their own Contagion label in the early 80's. A few more records followed. This track is more of a Daniel Voznick solo effort.
Gothic Hut released their first album in 1982 on Posh Boy. Later releases on their own Show Me label. Nic Greene of The Blue Daisies and Blissed Out Fatalists was also a member of the band for a while but doesn't appear on the track here.
Marnie was a member of the Party Boys. Here she delivers the title track of her great debut album which she recorded together with Philip Drucker (Savage Republic, 17 Pygmies).
Red Temple Spirits were a psychedelic goth band with William Faircloth as frontman who was also in Minsitry Of Love. Two albums and one 7" on Independent Project and Fundamental/Nate Starkman & Son.
Partly Cloudy released one (hard-to-find) album 'Excess Verbiage' in 1987. A second album was announced but never released.
Trotsky Icepick were a noise rock band with albums on SST Records.
Shiva Burlesque did two albums: one for Nate Starkman & Son , the second one on Fundamental.
Scott Fraser did 3 albums on Fun Music of which the 1st two are cassette only.
Radwaste (ex-100 Flowers) and The Rub are both bands from the Happy Squid label.
The Soul Brothers also appeared on the 'The October Country' comp. album on Nate Starkman & Son. They also released a few cassette albums.
Mark Nine was also a member of Ministry Of Love and Afterimage.
In The Distance is a collaboration of A Produce and Pierre Lambow, both artists from the Trance Port label.
Viva Los Angeles II was released in 1990 on double LP and CD. This is the vinyl version. Comes with a booklet with more info on the bands, including discographies. 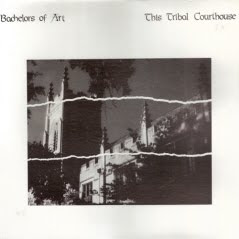 Unknown female-fronted goth band from Columbia, SC.
Strong song material but the production could be much better. The drums sound weak and the overall sound is quite muddy. Too bad. But don't let that be a reason not to download it.
The lyrics to 'Talking Of Michelangelo' and 'I'll Come Back' are taken from "The Wasteland and Other Poems" by T.S. Eliot.
Last song is an instrumental.

Cold Dance - No Glamour In Industry 7" 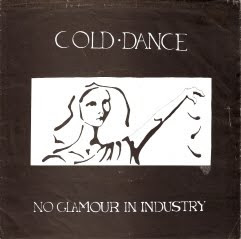 Got a request through discogs for this one. Didn't know that this 7" wasn't posted before.
This is the 1st record by Cold Dance. They did two 7"s for Xcentric Noise Records, known for releasing international punk/hardcore records. But the label also released some interesting goth bands from the Hull area like Luddites, Quel Dommage, Cold Dance and Punctured Tough Guy.
All of these are getting pretty hard to find especially the Punctured Tough Guy 7" and the 2nd Cold Dance 7". But if you want to check out these, go here and here.