Never seen a post on this Newcastle band. Darkness & Jive started in 1981 and lasted for about 7 years. It seems that the band is active again these days.
Collected here are the three singles the band released. The first two were released on wellknown indie label Red Rhino. The last one was on a small label called Floating World (only 3 releases; also 7"s of Tralala and Pasha).
Darkness & Jive also did 2 Peel sessions which can be found on CDBaby (and other download sites). Their 'lost' album 'Rebellion And Romance' can be found there as well. Personally not too fond of their later stuff.
The band had a wild, raw side as well as a more softer, tender side. 'Hooked On You' shows the softer side of the band. The other songs are way more frenetic and more my cup of decaf.
My copy of the 'Jigsaw' 7" doesn't come with a sleeve so I took those from the band's website.
Another great song 'Death In Venice' appears on the 'Better Than A Poke In The Eye' comp. 7". 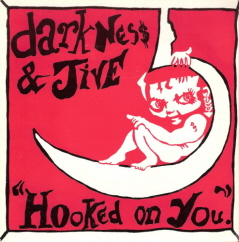 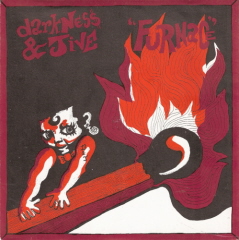 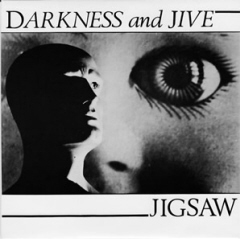