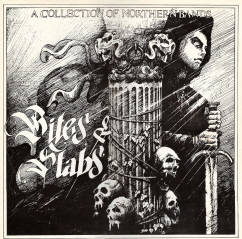 First comp. album released on Torment Records, the label of The Second Coming. A collection of bands from Surrey and the area around.
As with all compilations, this one has outstanding stuff and less interesting ones.
Party Day, The Second Coming and Silent Scream are the best ones here and you can find all their other releases in my archives. Monk De Wally De Honk and Fractured Echo (track taken from a 3-track 7") are OK too. Don't care too much for the other bands.
The second comp. "Torn In Two" will follow soon. 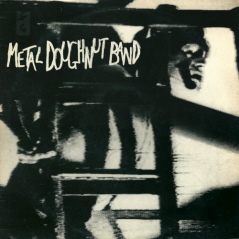 Here's one for the Yeah Yeah Noh fans, although Metal Doughnut Band sounds completely different than YYN.
Released on Vuggum, the label that also released the Peel Session LP of Yeah Yeah Noh.
The Metal Doughnut Band has Andy Nicholls in the band and the cover for this 12" was done by Sue Dorey, drummer of YYN.
Two tracks only unfortunately. Quite experimental stuff, rhythmic, with sax and synths and voice samples.
Funny to read the runout groove stating 'Makes Yeh Yeh Noh Sound Like Barry Manilow'. Nice to see that bands/musicians don't take themselves too seriously.
Did find out that maybe they appear on the 'Let's Cut A Rug' comp. album as the Doughnut Metal Band. Maybe that's a typo on Discogs or on the sleeve of the record. Don't own it so I don't know. 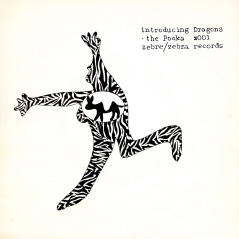