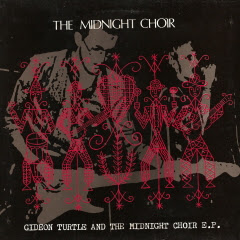 Second release of The Midnight Choir after the 'Kiss' 12". This one sounds quite different than the 1st 12". Less postpunk, more rock. So they went for another direction. Never heard the later releases on Probe Plus and Native Records.
The songs were recorded live in the studio without overdubs hence the sound.
Produced by Simon Hinkler of Artery and released on Artery's A Golden Dawn label. 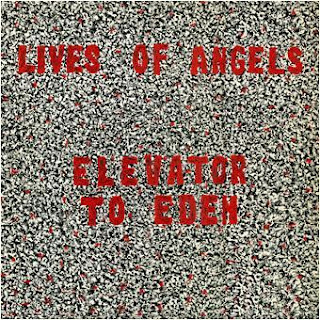 A great contribution by Ximo of Spain. Always wanted to hear this album and I'm glad that Ximo wanted to digitize this one.
I don't know alot about Lives Of Angels. It's actually a two-person effort. This album was recorded at home on 4-track by Gerald and Catherine O'Connell. They also appear on the 'Color Supplement' comp. album on Color Disc (Modern Art label). The 'Elevator Of Eden' LP is sometimes referred to as a minimal synth cold wave classic but there's also some psyche influence as well.
There's a Lives Of Angels MySpace page.
The 'Color Supplement' LP can be found on Mutant Sounds as well as a tape of Modern Art (pre-Sun Dial). 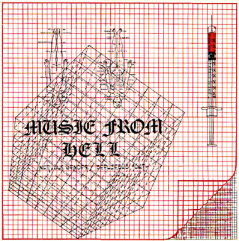 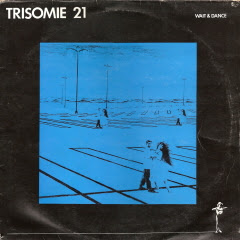 My last post on Trisomie 21. Also the last record of the band in their early style.
Has a reworked version of 'Relapse'.
Released on Belgian label Scarface. 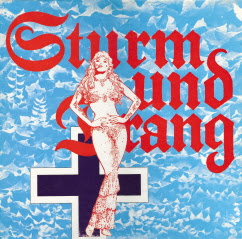 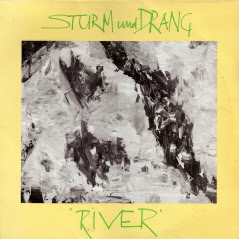 Someone asked for some Leeds Independent releases and here are the only ones I have. The best known band on that label is Rose Of Avalanche but here's another brilliant band, unfortunately not so wellknown.
The origins of Flowers For Agatha are already from 1980 when the band was called Bleeding Hearts. Later they changed name and started recording tracks in 1985 for the 'The Thickest Head' 7" and 'The Freedom Curse' 12". Last release is the 'Foolish Young Old And Stupid' 12". The band folded around 1986-1987.
There are demo recordings too so there's plenty of material that could make a reissue on CD as the vinyl is quite hard to find these days.
There's a Flowers For Agatha fanpage on MySpace here. 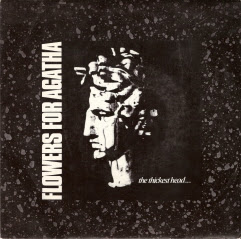 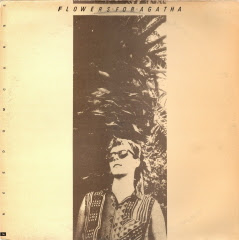 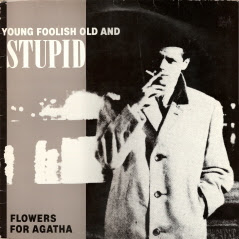 Flowers For Agatha
Posted by Curious Guy at 10:55 AM 9 comments: 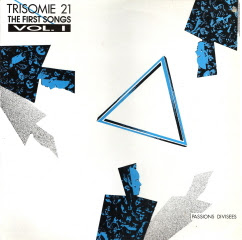 Here's the Belgian reissue of Trisomie 21's second release; the 'Passions Divisées' LP. Originally released in 1984, also on Stechak Product.
Back in the day, Trisomie 21 was one of the very few cold wave bands that got some recognition outside of France. They played many concerts in Belgium and Holland.
There were a lot of cold wave bands from France but don't know many of them. A lot of those records are collector's items now. 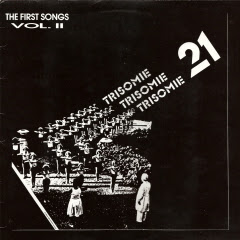 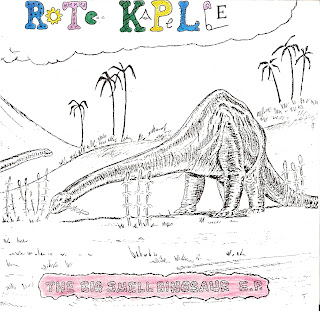 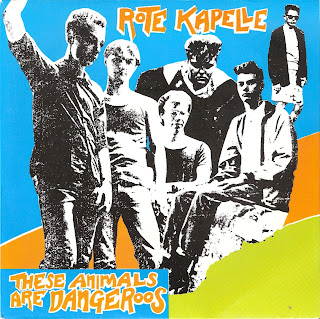 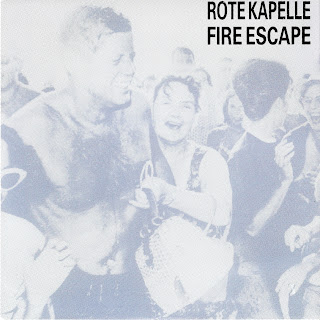 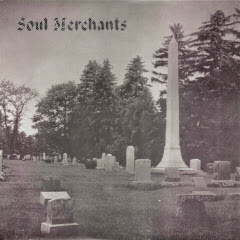 Very interesting postpunk band from Denver, Colorado. They mix the gloomy side of postpunk with 60's rock influences. The band only existed for 2 years but they made a hell of a lot of songs. Prior to this vinyl release, Soul Merchants released 2 cassette albums, 'God’s Hand Touched Him, And He Slept' and 'Before The Gates'. After the album they recorded the 'Let It Brood' cassette but this one was never officially released, probably because the band was falling apart.
I found out about Soul Merchants not so long ago, while reading the reviews in old Maximum Rock'n Roll editions,. You can find these on the Operation Phoenix Records site. Some reviews caught my attention and the 'Gates Of Heaven' LP was one of them. I went looking for a copy and came across their MySpace page. I was immediately impressed and asked Noinim and Fritz Die Spinne for more info. Fritz sent me MP3's of the cassette albums, which were originally digitized by Noinim as he knows one of the ex-members very well. And I managed to find a copy of the vinyl album on eBay recently.
One of the reasons that I post the album is that it's quite rare and hard-to-find. The other reason is to announce the release of the double CD set 'Black Boots And Sideburns' which contains almost all of the songs released on the 3 cassette albums. 5 songs didn't make it (of which 2 are drawn out psychedelic tunes). This release can now be obtained through Smooch Records. I really recommend you to do so. I already ordered mine and, being from Europe, asked for shipping charges but there are none. Talk about cheap!

Note: sorry for the purple-ish colour in the scan of the frontsleeve. Blame my scanner! 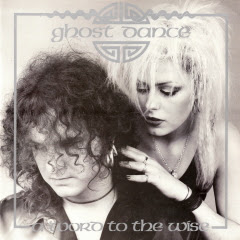 Ghost Dance is best known for having Gary Marx (ex-Sisters Of Mercy) and Annemarie (ex-Skeletal Family) in the band. Both left their previous bands and got in contact with eachother to form Ghost Dance. Other well known members of the Bradford/Leeds scene were contacted like Aky (ex-Southern Death Cult) to form this 'supergroup'. Well you can read the whole history on their official website.
I was planning to rip the 'Gathering Dust' LP, a compilation of the early 7"/12" tracks. But it is recently reissued and you can order it from the Ghost Dance website.
'Word To The Wise' is the last release on indie Karbon before they signed to major Chrysalis. Never heard their later releases. The 'Gathering Dust' album is great although I always skip the cover songs. 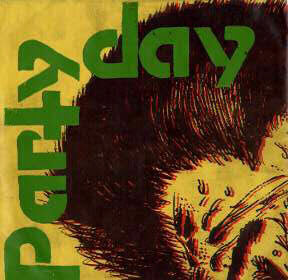 Party Day
Here is the second 7" released by Barnsley band Party Day. It seems that the sleeve was filled with confetti.

The Tempest
I must admit that I don't know alot about The Tempest. I think this is their first release. They also released the 'Montezuma' 12" and '5 Against The House' LP on Anagram. Any extra info welcome. 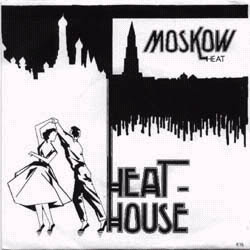 Moskow
here's the most obscure of the bunch. UK band, maybe the same who released the 'Man From Uncle' 7"? Couldn't find any info. 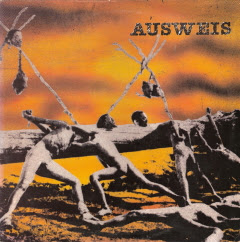 The Shrubs - Take Me Aside For A Midnight Harangue LP 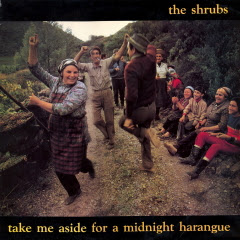 Another generous gift from Phil Long. Saves me from ripping this stunning album of The Shrubs.
Check my previous entry on The Shrubs for more info. I've posted both 12"s on Ron Johnson a while ago.
'Take Me Aside For A Midnight Harangue' was recorded at Emma's Koeienverhuurbedrijf in Amsterdam and produced by Dolf.
This one was also posted on the very short-lived Asparagus Tea blog. For those who missed it, here's a chance to listen to it. 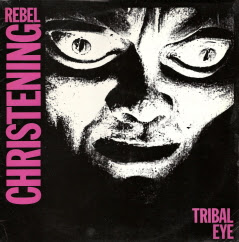 Another obscure goth band from the UK. Absolutely no info to be found on the net. Although released on a quite wellknown indie label, this 12" is hard to come by. Clay Records mostly released punk stuff (Discharge) but also released some goth acts like Play Dead and The Veil. 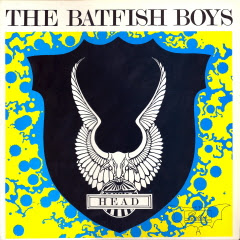 Got this one in since this morning. Phil Long is spoiling us!
'Head' is the second album of The Batfish Boys. Less postpunk, more straight forward rock. Some people prefer this album than the first one and vice versa. Here's your chance to decide for yourself.
Track 11 'Amoeba Rock' is not featured on the album but is the B-side of the 'Justine' 7".