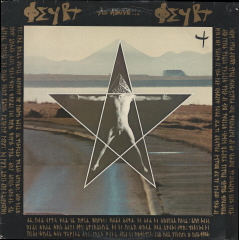 Got a mail a few weeks ago asking me if I had some records of  Þeyr.
So here are both records I own of them. Both were released in the UK as well on Shout. They are the easiest to find although still pretty hard to find.
Þeyr existed from 1980 to 1983 and are one of the better known postpunk bands from Iceland. Their discography includes two albums and four singles & EPs.
The 'As Above' LP looks similar to the 'Mjötviður  Mær' LP but has a different tracklisting as well as English lyrics. 'Homo Gestalt' is also known as 'Life Transmission' (released as 7"), an ode to Ian Curtis.
The 'The Fourth Reich' 12" was the band's second to last release and show the hardest side of the band.
My copy of the 12" is the Icelandic version.As stated, also released on Shout with different artwork.
A bit of scuffing noise on side A of the 'As Above' album which I couldn't remove. 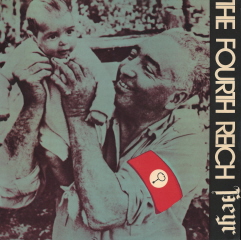