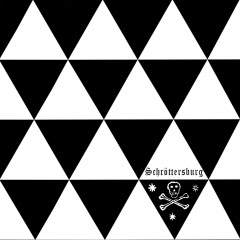 Got a mail from Michal out of Poland to promote his band Schröttersburg. He describes their sound as a mix of postpunk and noiserock. Cool stuff.
As there are no new posts planned with older stuff, I can as well post some new, interesting bands that somehow fit with the music posted here before. 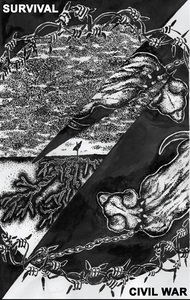 Normally I don't plug new bands or new releases here but I'm making an exception as Alex of Survival wrote me that the music posted on my blog is a big influence/inspiration for the music he makes with Survival.
Survival are from NY and recorded this demo as well as a split tape with fellow dark punkers Anasazi (who have two 7"s out on Sacred Bones and Toxic State, as well as some tapes on their own).
Cool female vocals, eerie guitar , somber keyboards and a drumcomputer. It has a bit of a more coldwave sound than most of the new dark punk bands. Hopefully we"ll see some vinyl release in the near future.
You can get the tape from Burn Books or Inflammable Material.
For fans of Blue Cross, Anasazi, Belgrado, Bellicose Minds, Arctic Flowers, Crimson Scarlet, ...

All tracks can be heard on Youtube as well: