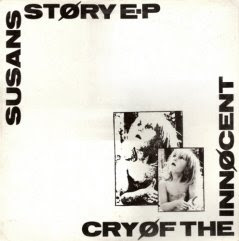 One of those promising bands that went completely into oblivion.
Cry Of The Innocent were from the Birmingham area. My copy has a promo insert with alot of live reviews which are all very positive. They do get compared alot with early U2, but that's something that happened in the UK to some bands like The Chameleons as well (much to the dislike of Mark Burgess). Other state influences of The Stranglers, The Undertones or The Cure.
It's a bit weird that Cry Of The Innocent never released anything on a UK label. Their 1st single 'Still Forever' was released by themselves I guess. Think I only came across 1 copy for sale on the net. This 12" was released on an obscure one-off label in France. Both records are quite rare these days.
So what makes or breaks a promising band? You decide. 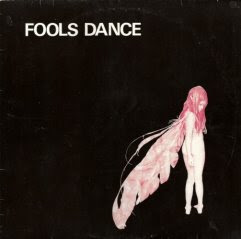 As requested, here's the 1st release of Fools Dance, the band formed by Simon Gallup. Can't help it but their sound does remind me to The Cure. First song 'The Priest Hole' has a Middle Eastern feel.
Personally I lost all interest in The Cure after 'Pornography'. I was quite disappointed when they released singles like 'Love Cats' or 'Let's Go To Bed'. Simon Gallup was probably too.
My copy is the Dutch pressing on Top Hole. 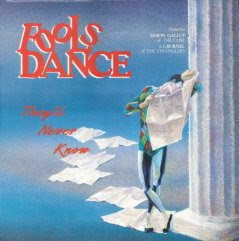 Second release of this band featuring Simon Gallup of The Cure.
Fools Dance was founded by Gallup when he left The Cure. They released a 5-track mini-album in 1985 which had different pressings, 2 in the UK, but also licensed to Top Hole in The Netherlands and Contorsion in France.
The 'They'll Never Know' 12" is a bit harder to find these days. It was also released as a 7" omitting 'The Collector' and The Ring'. On the last song, Simon Gallup even does vocals. He doesn't play on the 1st song as the bass was played by J.J. Burnel of The Stranglers.
Someone probably already posted that first mini-album, if not I'm willing to rip and post it if you're interested.
Fools Dance split up after Simon Gallup joined The Cure back in 1985 so I guess this 12" is more of a posthumous release.

Fools Dance
Posted by Curious Guy at 11:57 AM 4 comments: 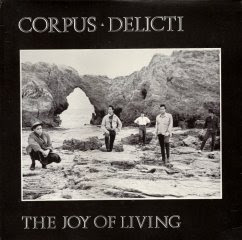 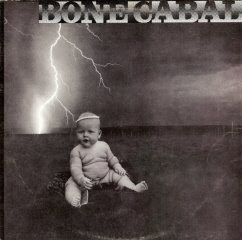 Here's the second of the Mystic postpunk releases. This one is the most accessible in sound. Bone Cabal were from Hollywood and this one was released in 1983. They also did a 7" in 1984 with the tracks 'Hollywood Cowboy' and 'Work' but I don't have this one. 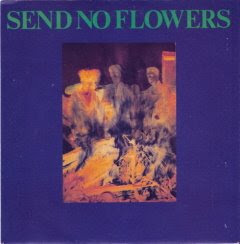 Postpunk with a goth touch from Send No Flowers. Band was probably from Liverpool. The seller wrote that even Ian Astbury rehearsed with them.
They also appeared on a few comp. tapes as "Index 2" and "Realities Vol. 1".

Send No Flowers
Posted by Curious Guy at 11:14 AM 4 comments: 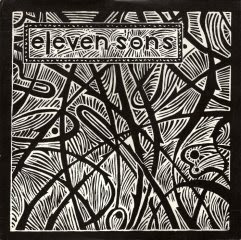 Mystic Records is mostly known for it's hardcore punk releases but this label also released some other stuff.
Eleven Sons were a postpunk band from California. This 12" released in 1983 is their only output.
I'll post some other postpunk releases on Mystic later on.

Scans of the insert included.