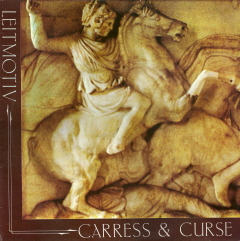 My own rip of this rare 12" album of UK band Leitmotiv. Got this one a few months ago for a very reasonable price.
Leitmotiv were a synthy goth band from Bradford. They released two 7"s in the same period, one on punk label PAX (Silent Run / Living On A Tin) and on Anti-System's label Reconciliation (To The Suffering).
Leitmotiv did two 12"s after these that sound a bit more poppy: the 'Say Remain' 12" in 1985 on Cryptic Records and 'Big Money' 12" in 1986 on Ediesta (posted here before).
Paragon was a short-lived label with interesting and collectible releases of In The Nursery, Siglo XX and Biting Tongues.
Still wonder why there's no re-release of Leitmotiv. This mini-album and the two singles would make a great album. 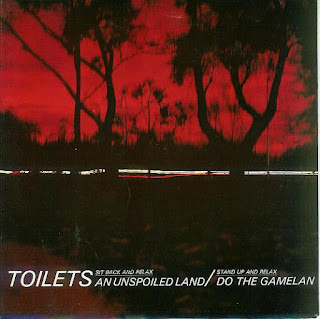 Fresh rip from the second 7" of Dutch band Toilets. Check my previous posts for more info:
Boxjunction 7"
It's Like A Daydream, Exploding Again LP
WAV provided by bX-59cppw. Thanks!