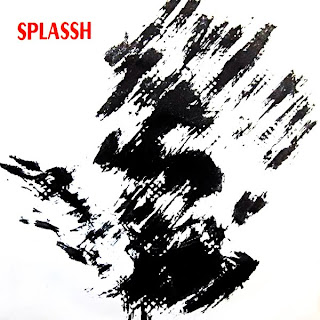 French obscurity kindly donated by bX-59cppw.
This is pretty cool new wave from 1982, released on F.L.V.M., a French label that released quite some records from artists ranging from pop to hard rock. And also this little gem. No further info.

The Gene Syndrome - Party In The Trees 7" 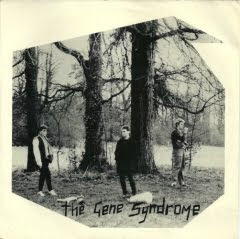 Always cool to discover a band I've never heard of before. The Gene Syndrome is one of them. The Gene Syndrome were from Croydon and was founded by Neil Faulkner, Roger Smith and Gill Wilkinson. The band had many drummers and occasionally other members involved during their existence.
'Party In The Trees' is the band's first release. Haven't heard any of their later releases. In 1986 they released the '25 Or 6 To 4' 7", actually a song originally written by Chicago. In 1988 they recorded the 'Delicious' album and the 'Royal Voodoo' 7", both produced by Ralph Jezzard, who did the production for Blood And Roses.
The Gene Syndrome did also one gig in 1985 with Blood And Roses.
On this 7", Michal Turtle (Wicked Kitchen Staff) played keyboards on the first song. To my surprise, there's an old but extensive site on The Gene Syndrome. Check it out here.

The Gene Syndrome
Posted by Curious Guy at 11:18 AM 7 comments: