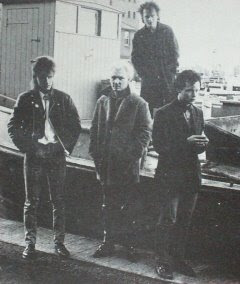 Thanks to Jon for this contribution.
Kiss The Blade were a mid-80's postpunk/Goth band from the UK. Both 12"s are very hard to find these days. These were also issued as 7"s omitting the last track.
I hope to get more info on the band.
'Young Soldier' deals about the Falkland war. 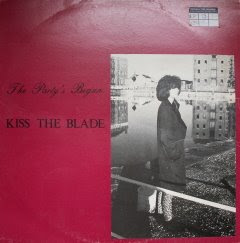 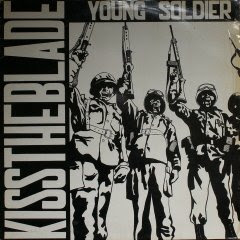 Fire Hydrant Men - Missed It By That Much! MLP 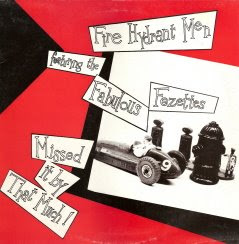 Full name of the band is 'Fire Hydrant Men featuring the Fabulous Fezettes'.
Not alot of info to be found on them. This is their sole release. Issued on Norwich label Backs.
Member Brick later joined Gee Mr Tracy. Other band members later in The Pitkins.
Great song titles by the way.
One song of them can also be found on the 'Good Morning Mr. Presley' comp. LP (see archive). 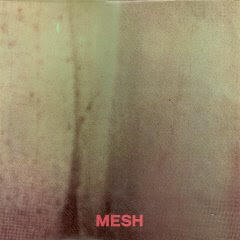 Thanks alot to Serge from Switzerland for sending me his extra copy of this album. Generosity is scarce in this selfish, greedy world.
Mesh came from Geneva and existed from 1981 to 1992. The 'Claustrophobia' album is the only record they made although they made some tape recordings later which weren't officially released.
The album has great dark tracks as well as some so-so tracks. All music was recorded on 8-track and pressed in the UK. The band probably didn't have the budget to do proper recordings but it all sounds quite well.
Enjoy this lost piece of Swiss postpunk. 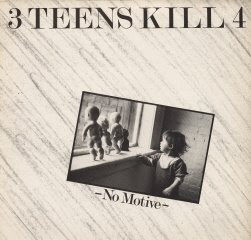 Another gift from Capa Nostra Syndicate. He doesn't have a lot of info on the band so gave it to me for posting.
3 Teens Kill 4 is an early 80's postpunk band from East Village, NY. 3/5th of the band was gay. David Wojnarowicz later got some fame as an artist. He sadly passed away in the early 90's. Other member was Brian Butterick who changed his name to Hattie Hathaway.
There's a bit more info here.
For more info on David's art, go here and here.
3 TK 4 also have a MySpace page.
Originally issued in 1983 on Point Blank Records. This is the French edition on L'Invitation Au Suicide. Different tracklisting and an extra track 'Circumscript'. Scans of the booklet are in the file. 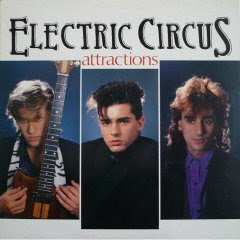 Here's another contribution by Ximo of Spain.
Don't know anything about Electric Circus. They were from Spain (Valencia I guess) and I suppose this is the only release. The sound is accessable late 80's wave.
Just wondered why they created such a horrible front sleeve? 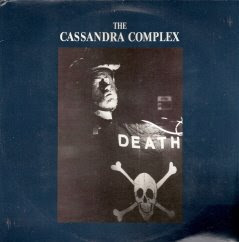 Requested by Thee Bad Fairy a long time ago. Here's the double live album of The Cassandra Complex. Contains a lot of songs of their early 12"s and the 'Grenade' album.
The recordings were made at the Odeon in Munster in 1986.
Seems it was re-released on CD omitting some of the tracks due to length limitation. Here's the full recording.
'Something Came Over Me' originally by Throbbing Gristle. 'Ghost Rider' originally by Suicide (although not credited on the record).
I had to upload 2 different files, each containing one record. I also ripped each side of the album as one track to avoid gaps. There's a tracklist included. 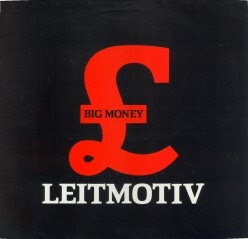 Here's a contribution from Nico of Madrid.
The 'Big Money' 12" was the last release of Sheffield band Leitmotiv. This one issued as one of the early releases of Ediesta.
Quite different from their early material. Way more poppy with funky bass.
For more Leitmotiv, check Annie's Animal here. There you can find the rest of their discography (Caress & Curse MLP, To The Suffering 7", Silent Run 7" and Say Remain 12"). The early records are great goth/postpunk stuff. Their sound changed with the 'Say Remain' 12".
Leitmotiv records are pretty hard to find and hardly turn up for sale unfortunately.

Nico would also like to get in contact with the person who uploaded the Kiss The Blade 12"s. If possible, leave an email address, OK? (still need cover scans). He's desperately looking for copies of these. 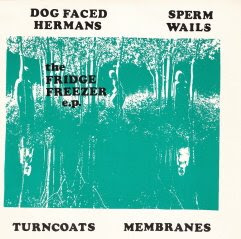 Ballet Mécanique - The Icecold Waters Of The Egocentric Calculation LP 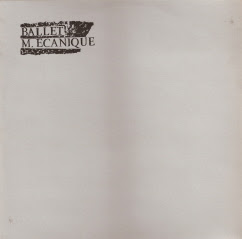 Ballet Mécanique (named after a project by the American composer George Antheil and the filmaker/artist Fernand Léger) was the first outing of multi-instrumentalist Martin Hall. The album is considered to be a cornerstone of the Danish rock history. They were also one of the most sensational postpunk acts of that time. The group synthesized rock, avantgarde and poetry in an absolutely unheard way, using dancers and films at their concerts to recreate their own surrealistic ecology on stage.
Ballet Mécanique started in the late 70's and released their first record in 1980, A 7" which is almost impossible to find these days. Martin Hall released some tapes of home recordings in between under his own name.
The band released a second album (as Ballet M.) in 1982 and split up.
Martin Hall went on to release more music as Under For, SS-Say and under his own name. The music varies from synthpop, experimental to tribal ambient.
Martin Hall made more music in the 90's and also published books.
for extensive info on Martin Hall, check his website here.
This album with an extra CD of live tracks was released on CBS in 2006 but I can't find it for sale so I think it's out of print as well.

The Icecold Waters Of The Egocentric Calculation LP (CBS-85186-1981)
1. An Attempt Of Interruption 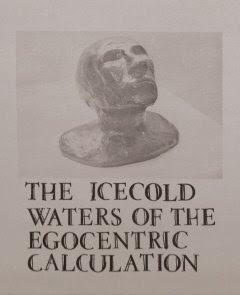 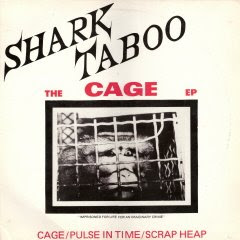 Here's the 12" that was released before the 'Seeds Of A Lunatic' album I posted a while ago.
The title track also appears on the album but is slightly remixed. Here's the original version. The tracks on side B are exclusive.
Got one comment on the album which states that bass player Suzi Webb was also in The Slits.
Front woman Gill Dye works for theatre these days.
As with the album, expect some nice goth wave with socio-critical lyrics. 'Cage' is an anti-vivisection song.
I'm still missing one of their early 7"s but when I obtain it, I'll post them some time later.

Let's start the new month with some noisy stuff.
Sperm Wails were from London. Couldn't find much info on the band but if you dig the bands on Ron Johnson then I think you'll like Sperm Wails as well. I think they shared the stage with bands from that 'scene'.
All records were released on their own Spurt Records. There is a mention of a fourth release, a 2-track 12". Searched the net for it but nothing came up so I think it wasn't released.
Drumster Elvina Flower later played for Headbutt and is now in Hot Pant.
The 'The Golden Age Of The Carry On' 7" comes on white vinyl and contains a booklet on Carry On films.
No dates mentioned on the records but all were released in the late 80's.

Found this song on YouTube from the Shelter video compilation. This song doesn't appear on any of their records but can be found on the Fridge Freezer comp. 7" which I will post later. 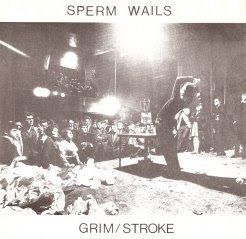 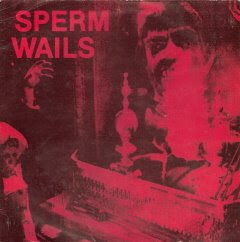 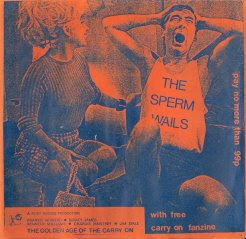