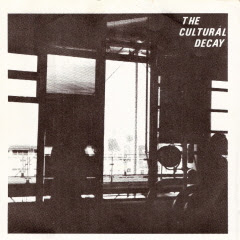 Here's another great cold wave band from Belgium. Can't find a lot of info on The Cultural Decay. This 7" is the first release on their own Sexy Robot Records. They did another record in 1983 called 'Wars On 45'. If you like Siglo XX, then check this one out.
I had to pay quite some money for this gem but I got overwhelmed by a 'now or never' feeling.
Mystery Poster recently re-upped the 'Wars On 45' 12" due to popular demand so get it here, or cry later.

Janitors - The In Tape Years 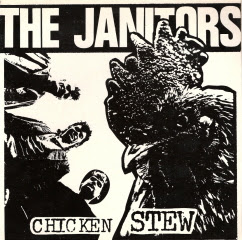 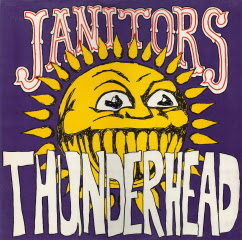 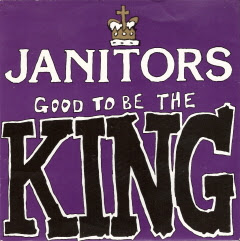 Another interesting band that released some records on Marc Riley's In Tape label. Cool mix of noisepop and punkabilly.
The 'Chicken Stew' 7" was their first release but suffers from poor production. The sound is muddy and you can barely hear the drums. Follow-up is the 'Thunderhead' mini-album. The sound improved a lot as with their 'Good To Be The King' 7". After this release they left In Tape and released some records on Abstract: the 'Deafhead' LP, 'Family Fantastic' and 'Moonshine' 12"s and the 'Halfway To Happening' 7".
The Janitors were requested a long time ago by English Paul. It's possible that he will contribute some music from time to time on this blog so keep your eyes and ears open!

Janitors
Posted by Curious Guy at 1:47 AM 30 comments: 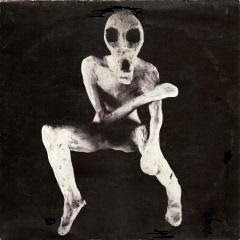 Requested by Noinim a while ago. Here's the sole full length of Struggler. Released on Not So Brave in 1982, this record contains slow to uptempo tracks with a load of diversity. Most songs are quite monotonous without being boring.
Recently found out a new and promising blog called No Longer Forgotten Music. There you can find both Struggler 7"s. These are very rare and sound more punky. Check this blog for more interesting music. 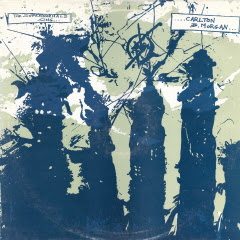 Supernormals
Posted by Curious Guy at 9:22 AM 9 comments:

A Collection Of Tracks

My last post before a short summer break. Here are some tracks that are missed on some anthology CD's or taken from compilations.

The Danse Society - The Theme
Long, atmospheric track that appeared on the 12" version of 'Somewhere'. Doesn't appear on the 'The Seduction' CD which compiles all early and best releases. Two other songs were left out: 'There Is No Shame In Death' and 'Dolphins' but you can find that 12" on Wiel's Time Capsule (see link in sidebar)

Vex - Rushing To Hide
This track appears on the 'We Don't Want Your Fucking Law' comp. album released on Fight Back, a sublabel of Mortarhate.

Party Day - Borderline
This one appears on the 'Bites & Stabs' comp. LP released on Torment Records. Not featured on any other Party Day release.

Silent Scream - Shimmering
Also from the 'Bites & Stabs' comp. LP. Sounds quite different to their 7". Vocalist Anton and the keyboard player left the band so the bassplayer took over the vocals.

This Colossal Youth - Scissors-Stone
This one taken from the second compilation on Torment Records called 'Torn In Two'.

Masque - Seasons Changing
As above.

Another great band on both compilations is The Second Coming. Still looking for their 'The Return' 12", so I can post the complete discography. 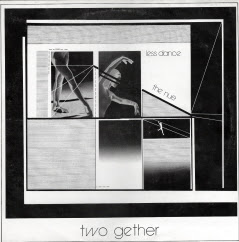 Split mini album of 2 Belgian cold wave/synth bands that I never heard of before. Sometimes you need to take a chance with buying rare records. And rare it is.
Less Dance is the more synth-oriented one although the band has the usual line-up of guitar, drums and bass.
The N.U.E. say they were inspired by Joy Division but they sound different and are absolutely no clone. The name of the band stands for The New Underground Entertainment.
Released on a small label called Broken Records. The only other release is the 'The Chrome/De Hufters' split 12".
Enjoy this rare piece of cold wave from Belgium. 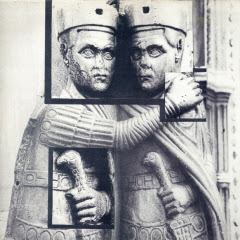 Great follow-up of the 'Six Silhouette Romances' 12" which I posted a while ago. This 12" was released on a small label of Amsterdam called Bigger Bank Balance. The other release is the 'Well Up And Bubble' comp. LP.
More Eton Crop in the future. 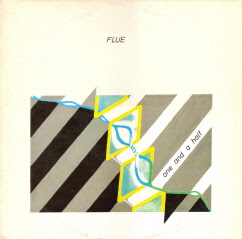 CD is available again on Mecano's Mutant Jasz label.
Posted by Curious Guy at 10:19 AM 15 comments: 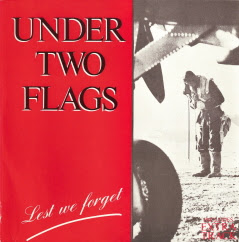 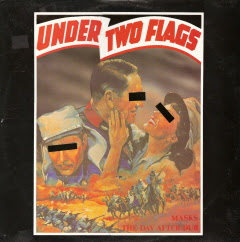 UK Goth band who managed to release two records on Beggars Banquet sublabel Situation 2. Both releases have the 7", 10" as well as the 12" format. The 7" version leaves out the extended versions as 'False History' is the extended version of 'Lest We Forget', and 'The Day After Dub' the same for the 'Masks' song.
And that's all I know about Under Two Flags. Any extra info welcome. 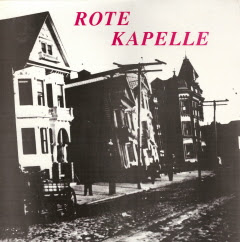 Cool indie noisepop from this Edinburgh band. They took their name from the German antinazi movement.
not much info to be found on Rote Kapelle. But if you like Shop Assistants or Janitors then you'll probably like Rote Kapelle too.
Their records aren't that easy to find but here's a discography. All releases on Marc Riley's In Tape label except the 'Big Smell Dinosaur' EP. I'm busy collecting them. Already have the 'It Moves...But Does It Swing?' MLP.
- Big Smell Dinosaur EP 7"
- These Animals Are Dangeroos 7"
- It Moves...But Does It Swing? MLP
- Fire Escape 7"
- San Francisco Again 12"
- No North Briton LP