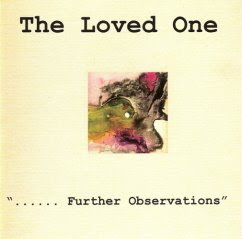 I see that someone in the past had been looking for The Last Man In Europe Corporation lp. I have coincidentally myself been looking for many years too. I happened to notice that on ebay u.k there is a copy or two being sold for 22 euro. Iam not sure how much that be in convert, but doesn't sound too much. If I was not far so away I would order. But, I had experience of half what I order out of my country to never show up. If anyone is of a generous blogging heart, I emplore you to get ahold of it and post it for all to hear. Is very good work from situation label turn Beggars banquet. Please purchase 'songs from the ark'. You will not be disapointe if like you real good minimali post punk, and would make me,and others very happy to hear after all this time. Than-you. I also want to say I like this blogg very much :)