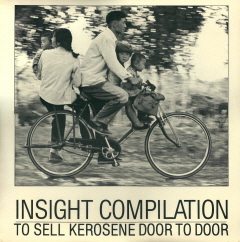 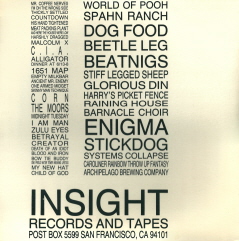 Nice move, better quality than my rip (http://lost-in-tyme.ucoz.com/blog/2008-06-30-245), which is no longer available anyway. To Sell Kerosene... deserves to be available for those who are seeking.

Hi RSD, long tome no hear. Thanks for the info on Barbara Manning. And thanks to you for the posting it some time ago. Glad I finally found a copy (unfortunately without inserts).

No Tass 2. Sorry. There's an album on Vinyl-On-Demand which you still can get.

Bummer, the link for both "TSKDTD - 320" and "TSKDTD -FLAC 2" lead to the JumboFiles.com page that reads:

This file is currently unavailable.
Please try to download this file again later.

Just a heads-up. The "TSKDTD - 320" and "TSKDTD -FLAC 2" are still unavailable. You might want to check the links and/or storage site.

Getting bored with Jumbofiles. Bad service. I'll try another one hopefully today.

Thanks so much. Zippyshare seems to be working just fine. I really appreciate your effort to make these lost gems available once again.

No, just a few. Seems there are some problems with storage. Hopefully they'll be up again soon.
"At the moment ETR it is rather 72h-96h than 24h. Raid crash was pretty hard (3 hdds dropped out nearly at once). All the data which was recoverable was secured on another spare server. We are now waiting for the replacement of the faulty HDDs and we will start configuring this server from scratch".

Thanks for this friend. It has become a favorite of ours since you first shared it. Blessings.

Hi. Re: rainy day sponge's info on WOP- it's wrong. WOP existed before Barbara joined. Also she was in WOP when she put out her first solo album.

Got to keep such *important history* factual.