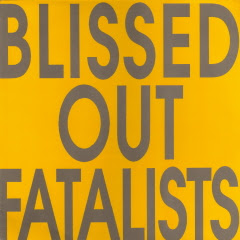 that is so cool - twenty years later and someone is diggin it. btw, nicolas greene is waxing as the fellow traveller these days.....

Hello Nic, thanks for leaving a comment. Yeah sure some people dig this after so many years :)

Thanks, that's good to know - I haven't had a copy of the LP in about 10 years, it's in storage in another country - could you rip it? I will send you TFT tracks in exchange!

Just click on the link below the songtitles. Should lead you to the download page.
All the best.

um, only my mom calls me nicolas. Thanks curious guy - I put a bof profile up on MySpace... tft - the fellow traveller is now all over the digital domain.

Good to know Nic. But for the moment I can't find the MySpace page.

will tart it up eventually

i owned this LP but ditched it when i stupidly thought i was done w/ LPs and thought i had saved it. but no. so now i'm w/out my BOF. need. glad to find them here.

Nick, i would love to use a track in a film i'm making, a doc called STATUS UPDATE. how can i contact you about this?

Bonnie, I've sent Nic a message through Discogs with your email. Hope you'll have contact soon.

I've been waiting to hear "Can You Feel It" again for about 20 years or so.
Thank you for letting me win the interwebs tonight.
you are awesome.

couldn't download blissed out fatalists album, and I need it :$ Could you please re-upload it? I can't find it anywhere else. Thank you

Ok, the album is being re-released http://pitchfork.com/news/47628-captured-tracks-announces-new-reissues-imprint/ and it's been remastered and shreds. Now would be a good time to no longer bootleg it, I guess. In any case has lovely new cover etc., an extensive liner notes. That we'd live to see the day.....

Thanks for the info Nic. So the album won't be re-upped. That's my policy. People need to buy the reissue.