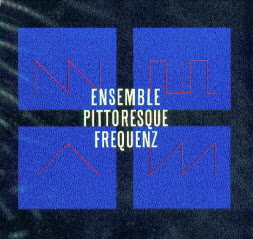 Yes, final track is missing. didn't look too well. It's not my rip so I gonna contact Capa Nostra.

will try to get some pictures of the sleeves sorted later

Thanks Jon! Take your time with the pix.

upload by redo for curious guy , thanks for your uploads friend , hello fron spain.

Thanks for helping out Redo! Very much appreciated. Greetings from Belgium.

On "Of A Mesh" I have both 12" records, a track on a sampler LP, and some earlier demo tapes. This would be the complete discography. It is on my list of To Do's before I die.

Same for those two Beast singles.


Have you heard "Holy Cow?" They are based out of New England, and have been a fave of mine ever since they opened for Alien Sex Fiend in NYC circa 1990. I have their LPs, 7" singles, CD's and demos. A long diverse career. Can be listened to on Myspace.

Hello Vincent! I have just sent you an e-mail...i was out on vacations.

Do you hear about a Poland post-punk band called Brygada Kryzys? I was trying to get some of their music.

Thanks Redo for the lost track !

re kiss the blade,

here are some pics of the slightly battered and bruised sleeves:

Thanks alot Jon! Much appreciated. Will post Kiss The Blade later this month. Already forwarded your email address to Nico.

Howcome people think they can publish our music without permission ?

We weren't asked anything

I'll take the links down. It's almost impossible to find your records or the amount some sellers ask is very high.
Any plans for a reissue?

There is no plan for a re-issue of Frequenz at the moment.
As you seem to know our website you could already see that we did not have the album free for download. Probably for a reason.
I am not aware that you contacted us about this.
I would not call posting the record in your blog respectful.

At the time we started the webpage we decided that we would re-issue the 2 albums.
I still am searching for a good way to get the re-issue of Frequenz at a decent quality. I my opinion a re-issue must be better quality then the original. Otherwise it makes not much sense to me (also being a technician)
I think that in a later stage we will decide to make it available for download on the site itself in best (but still mediocre) quality as I do not have the original mastertape. Also we don't even hold the rights as it was released by VIP records.

From our first record For This Is Past I still have the original mastertape.
It will be re-issued within a short time.

Never meant to be disrespectful. Quite the opposite in fact.
Wish you all the best with your future plans. I hope you can get your hands on the Frequenz mastertape one day.

“Howcome people think they can publish our music without permission? We weren’t asked anything?” Those “we” are the same persons who run the www.ensemblepittoresque.net site. They claim to represent that band but are really only representing themselves, the two former members Ton Willekes and Richard Neumöller and not in any way myself Paulus Wieland.
If you realize that I wrote/co-wrote everything that is downloadable on their site, wrote/co-wrote 80% of the so called “The art of being” album and 70% of the “For this is past” album (and nothing for the “Frequenz” album by the way) and was never asked for permission by them in all those cases, you might start to wonder if these two persons want to win the hypocrite of the year award. Controversy has often been the middle name of this band and since Neumöller and Willekes started their site, this controversy is bigger than ever. I think Phoenix Hairpins motivation to make the albums downloadable was fully justified and had my blessing. The way the re-release of the “For this is Past” album has taken place is so disgusting, that now for the first time I will speak out openly about this and (in the near future) other things about this band, since the information you were given by those two persons is on all occasions largely incorrect and often even completely untrue. To do so I created this blog: http://wwwensemblepittoresque.blogspot.com/

The Enemble Pittoresque story is a little controversial and its interesting how one side wanted the record pulled while the other half was quite happy to have it posted and "got" the simple fact of neteconomics; the more copies of the artefact, the more records sold...if a record is good then the chances are it will be replicated...that replication (enabled by blogs like this who ask for nothing in return except for wanting more people to experience the same joy as they did on hearing a particular record/cd) means more interest in the product and more interest means more sales!

Anyway, as the comments section is not part of the post, here is a link to the Frequenz LP....its 50meg so I have no idea if its your rip or not:

Also here is a link to their first album from 1983 'For This Is Past':

The killer track for me is O.B.W.T. which if you pitch up a little sounds like it could have been released 28 minutes ago, never mind 28 years! There are some wonderful tracks on both albums.

Weirdly after asking you to take down the rip because they have an official site blah blah but if you go to it, there is nothing there! What an irony!

The other half of the band Paulus Wieland's blog is still up and makes for interesting reading....I hope the various members can patch things up as this is perhaps the perfect time to launch a good retrospective album as the interest in what the kids call "coldwave" and I call post-punk synth music has never been bigger and the music of Ensemble Pittoresque definitely deserves to be acknowledged as way ahead of the curve.