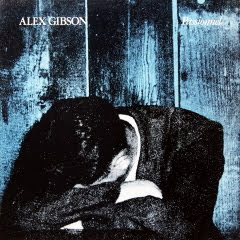 Cool wave sound of Alex Gibson, once member of Bpeople. Bpeople was actually called Little Cripples before when Michael Gira was still in the band.
This 12" is the only release using his own name. Alex would later start the band Passionnel that lasted till 1986. Passionnel released one 12" and an album on Enigma.
Alex Gibson also worked on the cult film 'Suburbia'. He currently does music editing for films.
Another contribution by bX-59cppw.

This is really great for what it is. I just listened to it three times in a row. I only knew of him from Bpeople, and didn't know he had Alex Gibson and Passionel projects, or that he did the music for one of my favorite movies! Thanks for sharing this!

Any chance of a re-up?