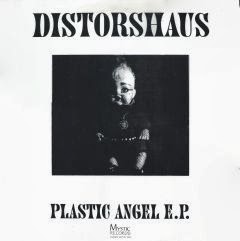 thanks, mate.have a nice week

Thanks for the support Milord. Have a nice week as well.

I've got another tape by Distorshaus called Insomnia and three by their previous incarnation. Same people just a name change. They're called Lust, Rebirth and Mystic Records Sampler. Here's a link to some pictures (FB).
https://www.facebook.com/photo.php?fbid=441653015916259&set=oa.460612320677842&type=3&theater

Hi, thanks for putting up Distorshaus Plastic Angel EP

I was the man behind both Blood Sanction, Distorshaus & 9xDead, I was also the drummer, I lost all of my old recordings, so thanks again :)