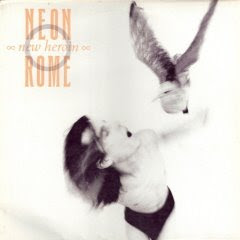 Wow! Let me be the first to say thank you. To be honest, I already forgot about my request since i thought this record is so unknown that nobody is going to find it anyways.

Thank you so much and please keep on keepin' on!

I love this blog!

Hi
I'm french, I've been looking for this album for so many years, I had it on a tape with a rotten sound since 1987 or 1988, and I couldn't find it anywhere, not on eBay, not on vinyles sellers, nowhere really... so that's the most beautiful gift for this whole year !!!

"Singer Neal became disillusioned with all the success and took a vow of silence."

I'm from Toronto, and I knew these guys, and if you're under the impression that they were succesful in any meaningful sense of the word, then I'm Lee Trevino.

Nice to see this album again, though.

Rick,first had to check who Lee Trevino is! I'm not a golf specialist.
Just took some parts of the Punk Canada site. Maybe attention instead of success would be more appropriate I guess.

I remember these guys. They were amazing to see live. People went wild. They made that movie about them and the band got in that book Have Not Been The Same. People treated their lead singer like he was god or something. Maybe that’s what freaked him out. STAR! TV did a documentary and interviewed him last year. He’s a Buddhist now!

Listening to these songs I just had to post this:

New Heroin came out in Europe in March of 1987 to rave reviews in the English press. Sounds, NME and Melody Maker all gushed: "A gnawing originality. feels magnificent, like being ravaged by white sleet and crimson noise." (Melody Maker) The whole darn mess would be utterly deplorable were it not so bloody brilliant! Not so much awesome but awe-all. (Sounds)

This seems no longer to work. Any chance of still getting it?