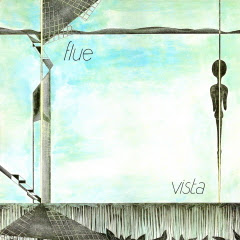 Link removed. Buy the reissue on CD on Infrastition.
Posted by Curious Guy at 5:02 PM

One of the best kept secrets of New Wave. Now you uncovered it : ) I hope people will appreciate this outstanding record. As I do not have all of the tracks of the first album, I cannot wait for you to post it!

I have "One And A Half," "Some Times (In Arabia)" 12" and "Jerome" 7" from way back. Searched record bins far and wide for "Vista" with no luck. The first album has long been a favorite from the era - so, thanks for this!!!

Thanks tons for this! Never thought I'd see this anywhere but in my record collection!

was stupid enough to give in to a nagging friend and sold it to him long ago, thanx a million for posting it, this has been on my want list for
20 years !

Glad I could help Marcel. And thanks to the others for the appreciation. Will post the 1st album soon.

I do like Mecano...By your comments I was thinking they are a Dutch band, but aren't Mecano Spanish?

There seems to be 2 bands called Mecano. The dutch one released records like 'Untitled', 'Subtitled', 'Retitled' and 'Entitled'. Last 2 are compilations of the 1st two. They started as a punk band called Mecano Ltd.

thanks for this album. its musical surprise for me.

i have this one since 1988 and its one of my favorite related or not to the 80s, its the best 80s minimal wave record , (and mecano autoportrait, related),

(hope the original tapes will be found now that the secret is out , and it would be re released with some unreleased tracks:)

mikkseria, there are a lot of Dutch bands that need to be re-released as their records are so hard to find. Think about Storüng, Ensemble Pittoresque, Exploiting The Prophets, Neon, Vice, The Visitor,...

no doubt, i have "for this is past" by "ensemble pittoresque"
wich is great minimal album
reminds me the "adn' ckrystall" qualities.
i dont know "Exploiting The Prophets" (i do have other prophets.. "the (hypothetical) prophets":)

oh blimey, can you repost this again? Mediashare obliterated it!

Seems someone complained. It's a pity that this person doesn't post a friendly comment to remove the file. Maybe it will be re-released? I'll see what I can do.

thanks for this album, can't wait to give it a listen.

im speechless! More revalation for the world of young men that live for the reAl sound of geniality ! THANK YOU ! i love your sharin power !

Extraordinary album... I listened to thousand records in my life and this one is still the most fantastic piece of vinyl i ever listened to.
Does anyone of you have Edvard Gisjen contact ? If yes, please contact : dcdesign@laposte.net. Thanks.

What a great album... Shame that Torso never released the CD or whoever controls their music today remaster it for an itunes release... I don't know how you managed to keep your vinyl copy in SUCH a great quality. Mine is soooo overused so your upload is an amazing gift!...

Make my day !! One my all times favorites lp... Much better than any Mecano I'd say... Minimal wave ok but also quite orchestral !

Thank you very very much for that

Spanish Mecano is awful but Dutch Mecano (Dirk Polak, Ton Lebbink...) is magnificent...
Snake Tales For Dragon....2005
Those Revolutionary Days...2007
...and so so...I like Mecano so much for a few years...until they reunuion again after Theo Van Gogh was killed (documentary Submission is the reason...)
Thanx for Flue...and Ensemble Pittoresque...ok, thanx for all!