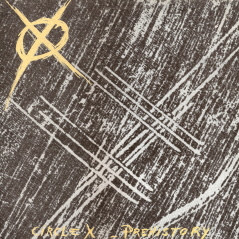 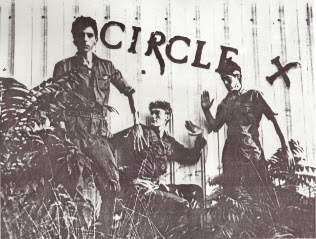 Circle X formed in 1978 out of 2 punkbands, No Fun and the I-Holes. Originally located in Louisville, Kentucky, the band relocated to New York to take part in the no wave scene. A 7" called 'Heartbreaker' was released in 1979.
Circle X stayed in France for a while where they recorded a 4 track 12" for Celluloid in 1980. The band went back to NY to record the classic 'Prehistory' LP which was released in 1983 on Enigma/Index. It was later released on the French L'Invitation Au Suicide label.
Circle X went on to release more 7"s and a full length for Matador in the 90's.
For more on Circle X, check this Matador page here.

One of the best albums ever made. Art-punk at it's finest. Sadly, very few people know about this band.

Im' very interesting about it, but your link is dead...

I have a Myspace if you want to know more things about me! ;)
http://www.myspace.com/hureaux

Thanks for letting me know. I'll re-up ASAP.

Zshare sucks--keeps going around in circles, and link is apparently dead.

Great blog you got here. It would be great to read something more concerning this theme. Thanx for sharing that data.
Sexy Lady
Escort London