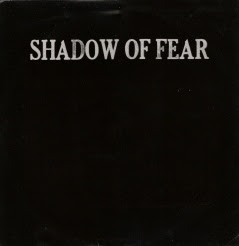 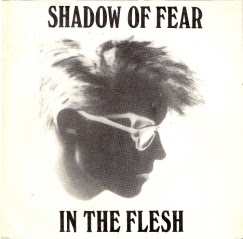 Shadow Of Fear was a postpunk deathrock band from Cleveland, Ohio. They were strongly influenced by the British goth sound.
First time I've heard Shadow Of Fear was on the 'They Pelted Us With Rocks And Garbage' comp.LP. Other bands featured on this album are Death Of Samantha, Spike In Vain, The Offbeats and more. You can listen to this album on the Thisisanartthreat blog here.
Here are the 2 records of Shadow Of Fear, released on St. Valentine Records.

Shadow Of Fear (FLAC)
Posted by Curious Guy at 4:52 PM

many, many thanks. not only for shadow of fear,so much great stuff on your blog that has taken me back many years. ritual, bone orchard, fade to black etc. all great, under appreciated bands.x.

You're welcome anon. Hope to please you more with some 'forgotten' bands.

my dad is actually the lead singer, Tony Taylor. i just googled' his band, and you came up! he's happy his band is recognized.

THIS STUFF IS GREAT! Thanks a million.

I used to see these records at Chris' Warped for a quarter...many years ago...I was to busy buying Anthrax records. Ha,ha thanks

I'd like to get in touch with someone from Shadow of Fear, anybody know how? I would like to try and reissue their material on a Goth/Industrial specialty label here in the States. Any ideas?

is on the lyric sheet didn't try it but maybe thy and contact Chris Andrews been 10 years since I've seen him but he may be around.

Download link is down. Could you upload it again please? Thanks!

Don't have the file anymore. Maybe I'll rip these again if I find the time.