Exploiting The Prophets - The Thaw MLP 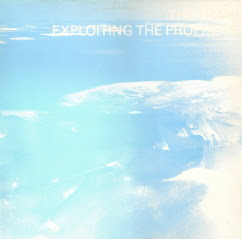 As promised, here's the second vinyl release of Exploiting The Prophets. In the same vein as the 'Code Of Coincidence' LP.
I do have a little problem with the track listing of this album. There are 7 tracks stated, but I hear only 6. 'Glow Reality Shock' and 'Sigh' are considered seperate tracks but I don't know where 'Sigh' starts or ends. Maybe the track is called 'Glow Reality Shock Sigh' ? So that's the way I tagged the song. If anyone knows how it really is, let me know.

The Thaw
Posted by Curious Guy at 4:56 PM

hi is it possible to post
Exploiting The Prophets - Code Of Coincidence
again..?
the link is not workin here

Great band for the Autumn. Gloomy mood, but link is dead. Any re-up for it and Code Of Coincidence LP ?
It will be very fine to hear it again,
Best regards,
Rafal

Rafal, I will re-rip the Exploitng The Prophets records soon so have a little patience. Thx.

New links for both Exploiting The Prophets albums. Enjoy!

Unfortunately, this link is expired as well - can you re-upload please? I have fond memories of their first album and would love to hear the follow-up. Thanks!